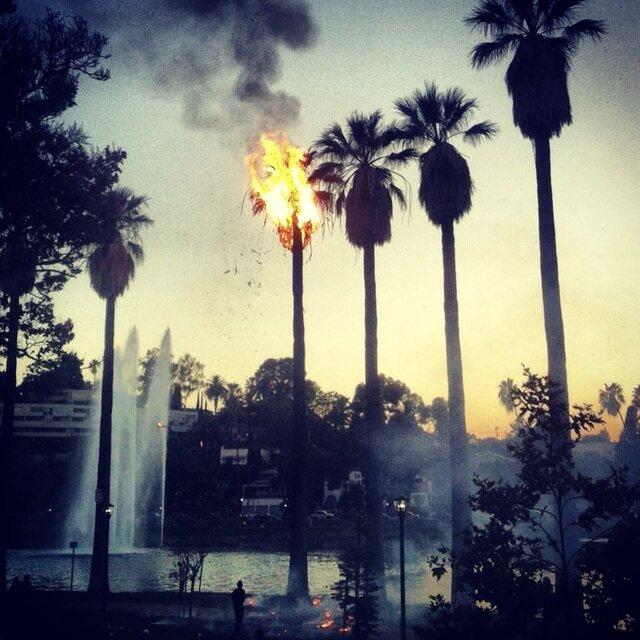 A Space for queer Angelenos to gather, share invites and event info and shoot the shit.

For the moment my favorite ones are : - The semi-tropic in Silver Lake (it’s also a bar but the food is soooo good and the cocktails too !! Super queer friendly) - Genwa Beverlyhills (super good korean bbq) - Katsuya (greaaat japanese in hollywood) - El ruso (foodtruck taco in silver lake, soooooo good)
And for those of you in this space who may be LA-based content creators, feel free to ask about how you can score some 100% free studio time in a really cool, queer-supportive environment. Whether you’re a photographer or create video content, SPACES has a pretty sweet arrangement with BeTrue in Hollywood! 🌈❤️
So I live on the East Side and pretty much stick to going out in Silver Lake and/or DTLA, but last last weekend I met up with two friends out in WeHo for probably the first time in a good 7 years. We had fun! (Though my wallet wasn’t so happy 😃)
I live in east side of LA too, I usually hang out in Weho Friday or Saturday night. Been to Cobra once in silver lake. Before pandemic, I hit up downtown sometimes, but I haven’t been back since then
Yes you can ! I went there with my girlfriend ! There is grass and you can bring a picnic ! The view is stunning on the Hollywood sign and the griffith and the city ! And you can also lay down and watch the stars ! One on my favorite place in LA (and i am also a romantic hahah)
My job is further west but I have enjoyed Silverlake and DTLA when I’ve been in town so right now I’m aiming for WeHo or maybe Culver City to split the difference between work and where I’d wanna hang out but I also don’t know LA super well
Hey y’all! I’ve been competing in a drag competition at Rocco’s for the past 14 weeks, and tonight is the semi finals!!!! Definitely could Use all the votes I can get, so if anyone wants to come watch a kickass drag show, come on down to Rocco’s at 10pm! $3 cover at the door, cash or venmo 😍😍
I have been to Precient a couple of times, it’s a pretty cool bar I enjoyed very much. I think they have like a leather theme or something like that Sat night, but again this has been years since I was there last time
Sounds like a super fun event! I’m currently battling a minor sinus infection (think it’s almost gone 🤞🏼) but I will be there in spirit! I do love a good drag show!
If you’re down for a drive you could take her to Point Dume in Malibu and then hit up one of those dope crab shacks on the side of the road. Rodeo Drive if she wants to see quintessential Beverly Hills, Melrose for causal/cool bars and vintage stores, Dtla arts district for brats at Wurstkuche and games + beers at EightyTwo.
Also, this is happening Saturday night at the W rooftop pool in Hollywood. I won’t be going but have some friends DJing:
Hey, fellow Angelenos … what are some of your favorite LA restaurants?? I’d love to add a few new spots to my regular rotation!
Not this one! but we are going to another queer party at Bar Flores in Silver Lake 🌈
I mean, Griffith Observatory has always been one of my fave spots. It’s great for a hike, for just an amazing view of the city, and the planetarium there is actually pretty rad.
Here’s where I’ll be on Sunday (and not just because I’m a host of the party lol). It’s my favorite party in all of Los Angeles, and this Sunday marks the 13th anniversary!
Precinct is one of those bars with a bunch of monthly parties, so you wanna check their socials to see what’s happening that night. They have a lot of drag shows, a Latinx night, a bear night, etc.
Tomorrow night there is the concert of LA FEMME, a french indé music group !
Thanks! I am currently in NYC but planning to move to LA in the next month or so. Thought I’d see what places folks recommended
An LA / WeHo queer cultural landmark is leaving!
But I have a connection to Avalon so Sunday before l acing the Hollywood/West Hollywood area I stopped by to check it Summertramp etc
We had a good time! Randomly ran into three friends who also bought last-minute tickets, and there was enough empty seating for us to just sit together and catch up ❤️
I love Precinct so much. My friend Niki had been working there for a while now, but she just got into a gnarly car accident, so I probably won’t be back for a while. Best smoking patio in the city
This event looks great ! There is many with the last week of pride month 🥰
There’s also one in studio city. Best burgers I’ve ever had and good beer selection. Not sure how good the Hollywood location is.
Not yet. Pride was a great weekend. There’s a few parties I haven’t been to yet that I want to get to. Hot Dog Sundays Bears in Space.
I definitely recommend Bar Flores! The place is cozy with a flowery terrace. I loved the queer and fiendly vibe! 🥰
Yes! I’m actually a host of Bears in Space, and we celebrated our 13th anniversary on Sunday! Was a great time
Precinct is amazing! Always packed on the weekends, including a Sunday beer bust. It’s owned by one of my best friends, so I’m maybe a little biased, but I’ve always had a great time!
And Hot Dog is just down the street! A lot of people do both on bears in space days.
The next Bears in Space won’t be until august, but I’ll be sure to post the flyer here once it’s announced!