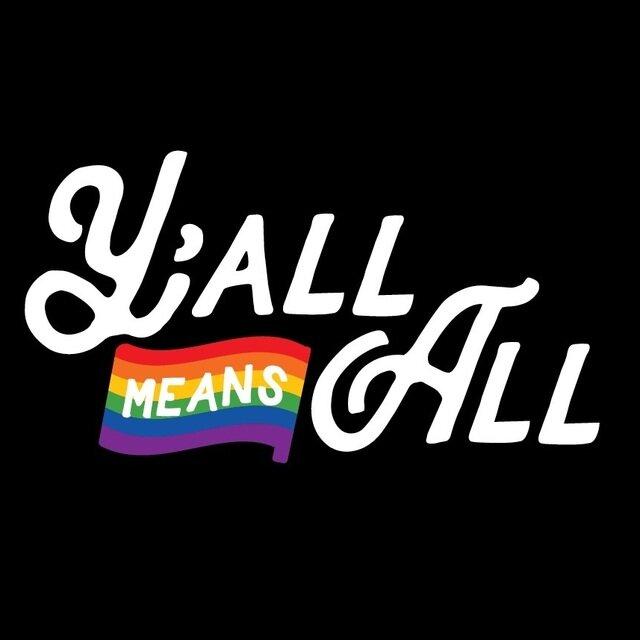 A place for queers from the South to connect. When you join, tell us where you’re from!

I love Houston, too! The weather alone keeps me from even considering moving back lol 😅 but it has a special place in my heart. A lot of people forget that Houston is the fourth largest city in the USA (soon to be third) so it has all the “big city offerings,” including a pretty vibrant queer community!
Yes and no…in this politically charged day and age and depending on where you live, no. I feel it’s gone backwards. However, considering like here in Texas a majority of the population is against discrimination based on orientation and have come around on gay marriage since it’s legalization, I would say yes. As long as the ones running the government continue to be allowed to ignore the majority, don’t see things changing much.
I love Houston! It has a great gayborhood. A lot of my first queer space experiences happened there. More options than anywhere I’ve lived before — Upstate New York, Iowa, South Dakota, Idaho lol
That’s exactly how I felt in Portland. It went from “I’m With Her” to “MAGA” as soon as you left the city limits. Little known fact: Oregon was actually founded and intended to be a white mecca! They had a Black Exclusion Law that outlawed anyone from African descent from entering their territory
I’m thinking about moving to Austin. I hear its a pretty liberal city, comparable to Portland in terms of culture. How do you like it?
My husband and I are moving back to the South tomorrow lmfao He’s from VA, I’m from TN but we’ve been dabbling in the West Coast for the last coupla years.
Yes more and more I’m considering moving out of Texas (not sure where I’d go). Even though I’m in Austin and it’s more liberal here, it’s still sucks being surrounded by such negativity outside the city.
I love Houston! It has great food and lots of things to do; there’s always something happening here. I, sadly, haven’t had a lot of experience with the queer spaces but I have heard about great places and hope to go someday.
There’s a cafeteria in Houston called Cleburn’s that’s basically a more upscale version of a Luby’s or Picadilly. Maybe my all time fave restaurant lol
OMG this. For me, what I miss most is definitely food related: I miss the number of southern restaurants where you can go and get a meal that is like “a meat and three sides of vegetables.”
Hey y’all! I’m from Mississippi which is very red but only because of voter suppression and gerrymandering tbh. If things worked more fairly MS would be more of a Democrat leaning swing state.
Man, I remember going to a bar down in SC called Wet Willie’s. They made alcohol slushees. Got so drunk, I puked in a sink. The next day, the paint was peeled
I’m not moving back to blue enclaves because they’re too expensive, and my husband and I would like to get a house for $500k that’s more than 1700 sq ft
How is Houston btw? I’ve only driven past it never visited. Is it gay friendly?
Scary day for southern gay folks if the Supreme Court re-examines Lawrence, etc
What I *really* miss are cafeterias, like Luby’s, Picadilly, Furr’s. The fat boy in me LOVES those places.
B. Live in or near a major metropolitan area where you can be as queer as you want while barely affording to live there
It’s chill. I’d definitely recommend visiting first to check out the vibes. It’s still cool and diverse to be here buts it’s changing everyday and losing its unique vibe. I’ve never been to Portland but I wanna check it out for sure.
What do you like/ miss about the South? I forgot how cheap and big the portion sizes are lol
Also, why did I sing “em-eye-crooked letter, crooked letter…” the whole time I typed Mississippi
Like 16 mostly southern states still have anti-sodomy laws on the books
I feel like I visited some space center in that area back when I was in 4th grade. Or maybe I made that up lol
So y’all feel like the south is becoming a bit more accepting compared to a decade ago? Are we making some headway?
So we’re staying here in red ass Oklahoma because we’re tired of running.
Wow so many new folks! A true southern coalition! Welcome in y’all!
THIS!!! I miss getting a plate loaded up with food for like $10. Probably why I’m overweight now though
Do y’all live in a red state or a blue state?
The way my husband and I left but now we’re like “hmmm let’s risk The intolerance for this reasonably priced square footage”
I’m from Houston, too! I’m over in L.A. now, but will be back this year for Xmas!
(Not that deciding to choose safety over cost of living is “running”)